“Our behavior is a function of our decisions, not our conditions”
The Seven Habits of Highly Effective People, Pos. 952

Networked Optimization is a series of three crowdsourced versions of popular self-help books. Each book contains the full text, which is however invisible, appearing as white text on a white background. The only text that remains readable is the so-called popular highlights – the passages that were underlined by many Kindle users – together with the amount of highlighters. Each time a passage is underlined, it is automatically stored in Amazon’s data centers.

Among the books with the most popular highlights, there is a striking number of self-help books. This points to a multi-layered, algorithmic optimization: from readers and authors to Amazon itself. Harvesting its customers micro-labour, the act of reading becomes a data-mining process.

The series consists of The Seven Habits of Highly Effective People, The 5 Love Languages, and How to Win Friends & Influence People. 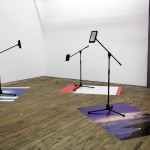 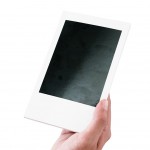